There are many ways to make a pass to our teammates. We can use the forehand, backhand, saucer and much more. In this blog, we will break down the “hook pass”, which is becoming increasingly common in today's game. You'll often see it when two players are attacking the defence and they are trying to make a pass underneath the stick, although it can be used in many areas on the ice.

In most of the drills that coaches are doing in practice, players will make passes, and I mean, a lot of passes. But do you practice anything else other than forehand to forehand passes? Adding deception can improve your passing percentage. The hook pass involves moving your blade (changing the angle) and having the puck in front of you. Extending your arms forward and making a subtle hook with your blade to guide the pass underneath the opponent's stick.

There are many ways to work this technique. By yourself or with a partner, with or without pressure, with obstacles on the ice or without. There are no excuses as to why your players cannot work on this alternative passing technique. Some other names you might have heard for this technique are slip pass, deceptive passing, or passing on the rush.

When teaching this technique, make sure that the players feel comfortable extending their arms and maintaining possession of the puck.

Here are my five key teaching points to master the hook pass:

1. Bringing the puck ahead of you
2. Rotation of your wrist
3. Extending the stick into the passing lane (between the stick and the skates of the opponent)
4. Using eyes to create deception, not telegraphing the pass
5. Timing the pass, waiting for there to be separation between the defender's stick and the ice

Below, I’ve outlined a five-drill progression that you can use to help your players work on the “hook pass.” All drills can be found in the CoachThem Marketplace so you can easily add them to your personal playbook. 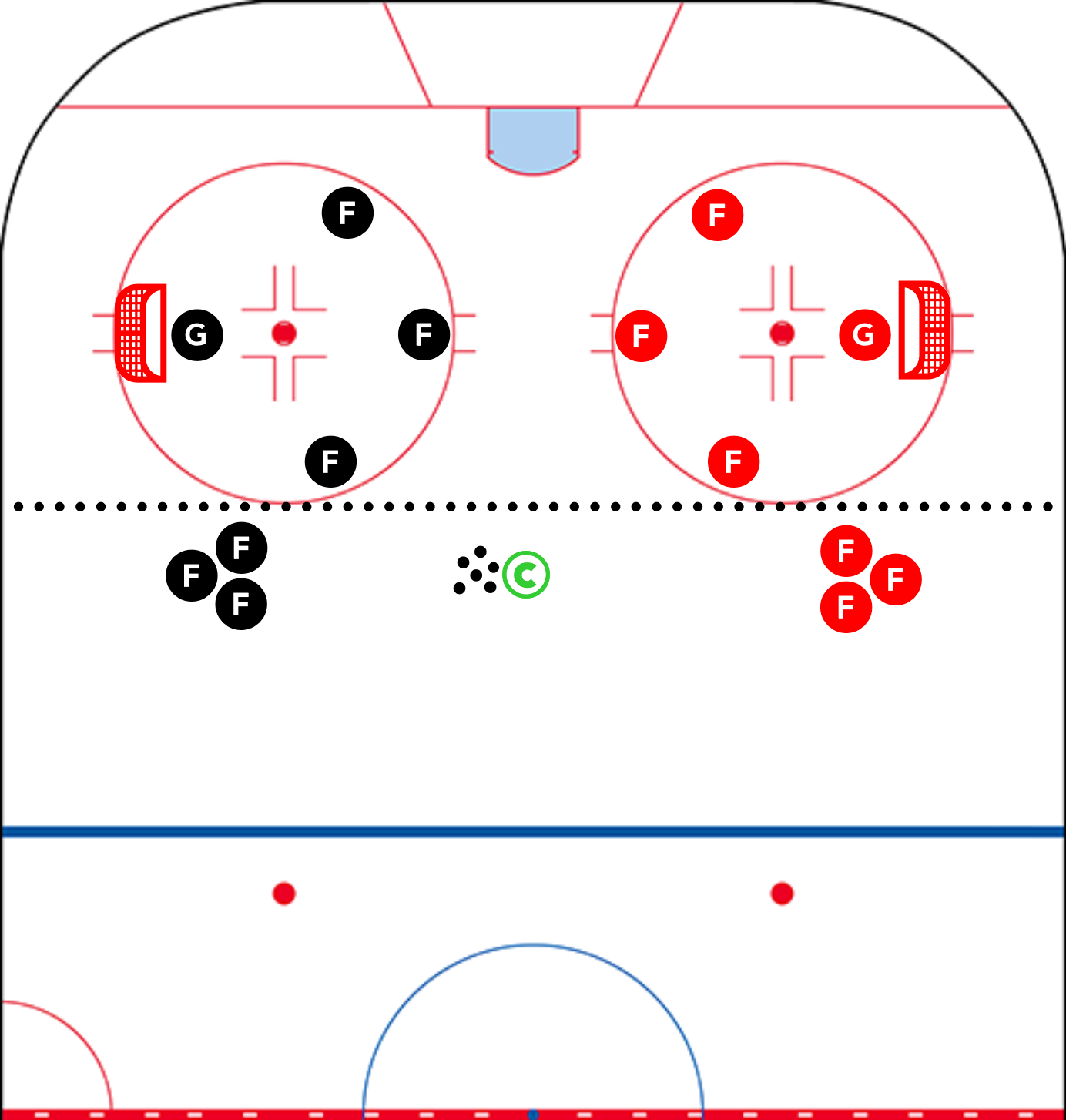 Mitch Giguere, ChPC, is the father of four children and a passionate hockey coach, currently working as a video coach for the Torpedo Nizhny Novgorod (KHL). Previously, he worked with the Rink Hockey Academy in Winnipeg, was the video coach for the Winnipeg Ice (WHL). Mitch has his High Performance 2 from Hockey Canada and has an Advanced Coaching Diploma (NCCP4) from the Canadian Sports Institute. You can follow his popular video breakdown on Twitter @Coach_Mitch85 and Facebook Behind The Bench for more great hockey content.

A highlight of the new additions to the CoachThem drill... Read More

Regardless of what level of the game you're coaching, preparation is always the key to a successful... Read More