Am I the only one who is impressed by Sam Girard every time he is on the ice? I have had the pleasure of watching him since 2012-2013 because I was coaching against him, and even back then he was using the “Girard turn” from a young age. “Hybrid turn,” “Escape,” “Girard turn” or what I like to call it, the “Ankle Breaker turn” because so many times we have seen the opponent falling to the ice or turning the wrong way and getting beat easily.

For this blog, I will show you how COL49 has mastered the turn and how he catches the opponent flat footed so easily. With his agility, Girard is one of the quickest defencemen in the league. He can turn on a dime and has an explosive first couple steps to leave the opponent in the dust.

We can get lost with all the terminology that all the coaches are using. Let’s keep the Girard turn for this one. You use this technique when you try to beat the forecheck or on the transition when under pressure. If you practice your agility, you will get better. Better edges, better control. Eyes up and good balance are some of the keys.

When teaching the technique, make sure to emphasis not exposing the puck, underhandling, and the first couple strides after the turn.

Five key points when teaching this technique are:

Below, I’ve outlined a five-drill progression that you can use to help your players work on the “Girard Turn.” All drills can be found in the CoachThem Marketplace so you can easily add them to your personal playbook.

NEW: Click on video icon in rink for the Drill video!

Below Practice Plan can be found in our Marketplace.

Players are set up in 3 lines on the goalline and work up ice, with partners. The player in front should have a a stick in each hand, and the partner in behind being pulled should be set up the at the other end of those sticks.

Players move with their partner pulling them, and the work one foot, inside edge and outside edge, scrapping the blade along the ice.

Idea of this drill is to understand where are the edge on the blade and how do you feel.

Get players comfortable with the steps to perform a hybrid tight turn, along with including Pucks.

By working with the circle, you can add more players into the drills with more reps and with a guideline (circle line)

The player starts on the hashmark and skate 1/4 of the circle. He engages his edge and turns. Importance of the weight transfer. 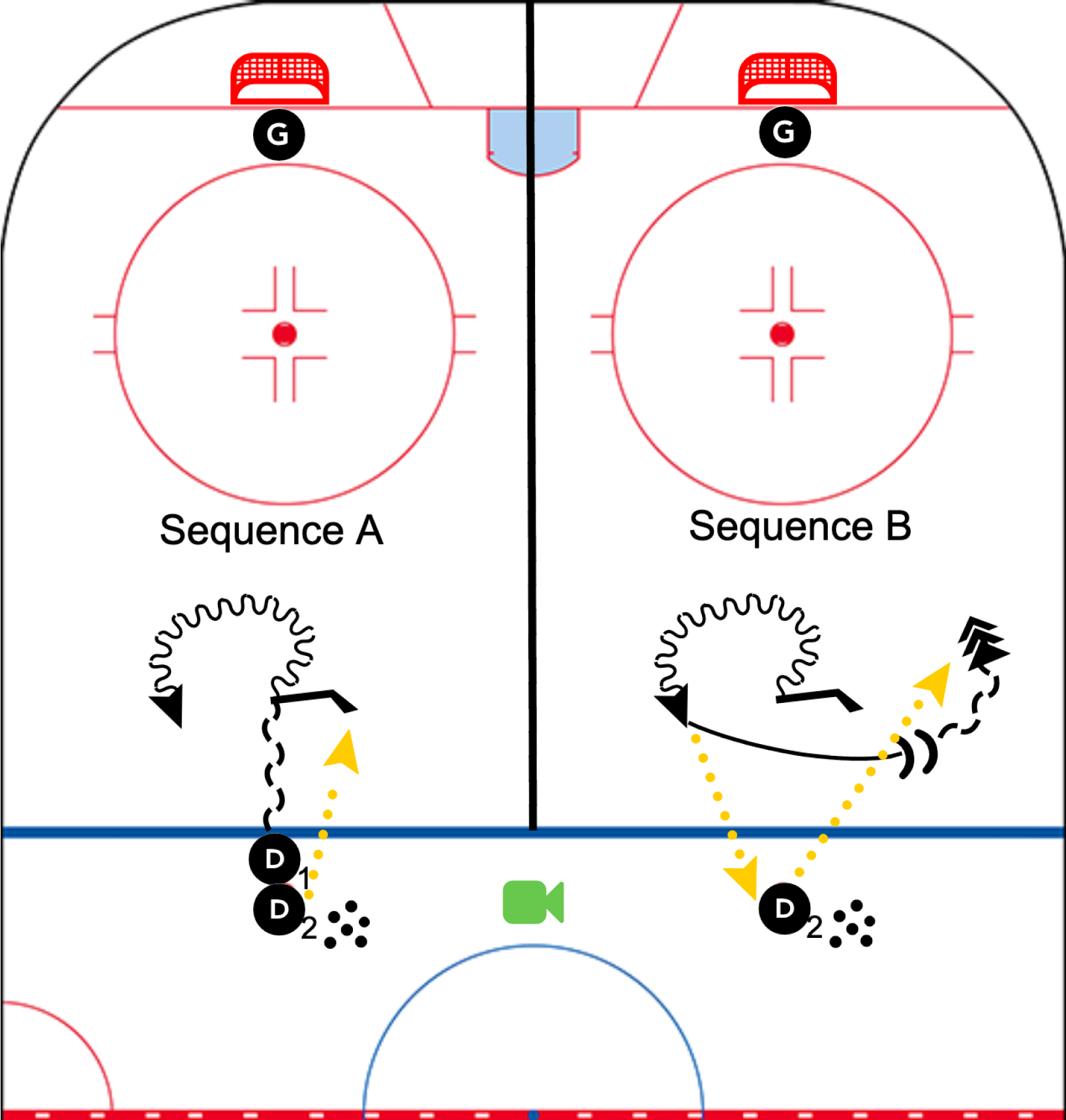 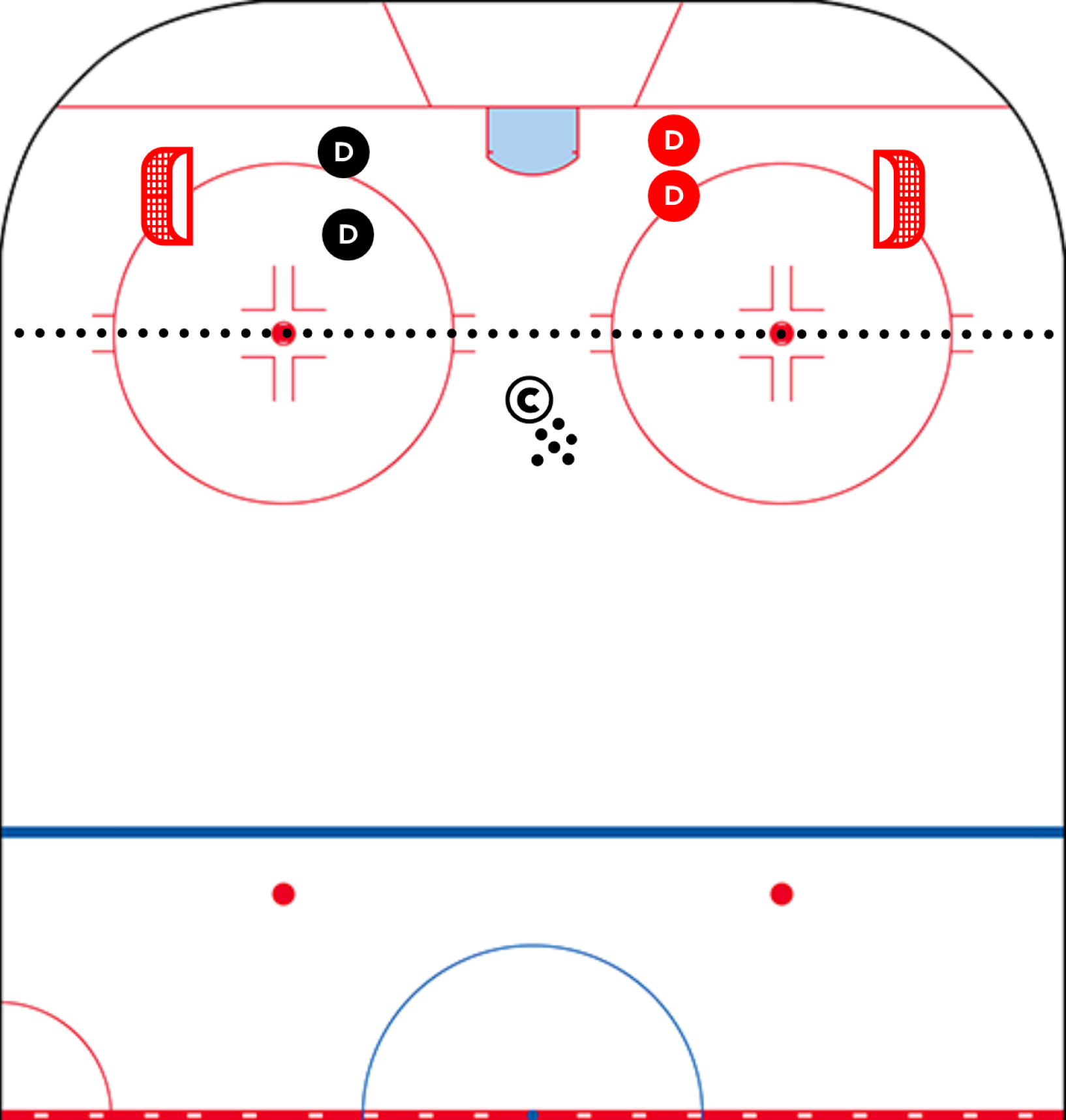 Mitch Giguere, ChPC, is the father of four children and a passionate hockey coach, currently working for the Torpedo Nizhny Novgorod (KHL). Previously, he worked with the Rink Hockey Academy in Winnipeg, was the video coach for the Winnipeg Ice (WHL). Mitch has his High Performance 2 from Hockey Canada and has an Advanced Coaching Diploma (NCCP4) from the Canadian Sports Institute. You can follow his popular video breakdown on Instagram/Twitter @Coach_Mitch85 and Facebook Behind The Bench for more great hockey content.

After playing 13 years in the NHL and have been through several changes to the game, this past... Read More

Regardless of what level of the game you're coaching, preparation is always the key to a successful... Read More