A great thing about CoachThem is the constant contact it has with players and coaches from every level across the world. Hearing stories and getting feedback is crucial to having the best product available to our consumers.

Scott Clemmensen, a former goalie in the NHL and now the goalie development coach for the New Jersey Devils and user of CoachThem recently wrote an article about his path to success. After reading this and talking to Scott, I really feel the importance of it.

At CoachThem, we want to continue to improve and adapt to every changing sport as players and coaches must to better the game.

Professional Sports: 14 years between the New Jersey Devils, Florida Panthers, and the Toronto Maple Leafs in the NHL, including each teams respective AHL affiliates.

I feel fortunate to have played hockey for a living. I played for 14 years as a pro. Half of those years were spent in the NHL. I had a minimal talent level compared to my peers, but I firmly believe that my career had little to do with talent. I believe that it had more to do with the lessons that I learned along my path. They may seem very general, but I think that they played a tremendous part in my hockey career and in shaping me as a person.

Hard work is a very ambiguous concept. Exactly what it means is up to you. People can tell you to work hard, but only you can truly define it. Some have to work twice are hard as others to get the same results, while some will be given opportunities that you are not. They will be handed these opportunities on a plate, and you might have to work a lot harder just to be considered for the same opportunity.

It has been an important lesson for me. No one was going to hand me an opportunity, and I wanted to be sure that I worked as hard as I possibly could to earn it. I also wanted to be prepared if my chance did come. I have played with many players in the minors who have felt that they were getting a raw deal by being sent down. They believed that they belonged in the NHL, and they brought a bad attitude with them. Instead of working hard and proving that they belonged in the NHL, they complained and blamed others. They were not working on getting better. When they did get a shot at playing in the NHL, they failed to stay there because they had previously not worked hard enough at their game to do so. They were not prepared. Everything had been handed to them up to that point. They got by on their talent alone, and when confronted with adversity, they did not know how to battle through it. The ones that could get through it were the ones that knew hard work was the answer. 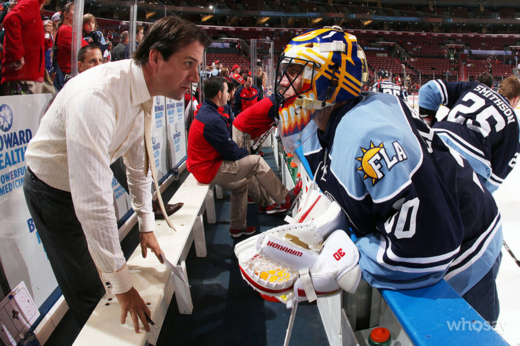 Many guys were the best players on their previous teams; however, at some point, they had to face adversity. Adversity hits us all. How you handle it will depend on how hard you work to adapt. Some players can't adapt and will not go any further in their hockey careers. The ones that can will be the ones that continue to move up the ladder.

Two players that I really admired while playing in New Jersey were Jim Dowd and Jay Pandolfo. They both scored a lot of goals in college and were named collegiate All-Americans. Neither one could score goals at the same rate in the NHL, but they adapted by finding other ways to contribute to the team. They turned themselves into a different kind of player. Pandolfo, in particular, became one of the best defensive forwards in the game and went on to play nearly 900 games in the NHL. Dowd played over 700 games. This is Darwinism and is certainly applicable in hockey as in life.

It is easy to appreciate something after it is gone. The key to fully appreciating something is to appreciate it while you have it. I saw many players who did not appreciate the fact that they got paid to play a kid's game. They took it for granted, and therefore, they did not work hard or adapt their game. It was especially apparent during my time in the minors. Too many players went through the motions and did not realize what they needed to do to keep their jobs in hockey. Before long, their careers were over, and they were probably shorter than they could have been. Their entire attitudes would have changed, and they could have played longer if these players had just realized how lucky they were to be given the opportunity to play pro hockey. Appreciating something means that you realize how much it means to you. Once you realize this, you will work hard to keep it.

SAY PLEASE AND THANK YOU

This is one that should come naturally. If you ask someone to do something for you, however big or small, say please. When someone does something for you, however big or small, say thank you. This is about treating people with respect. It drove me crazy when a player would boss around our equipment manager like he was his servant. One guy I played with would yell for the equipment manager to bring him new laces in between periods nearly every game. I never understood why he could not get the laces himself. They were in a drawer in the front of the locker room. He also could have put several sets in his stall before the game so that he would have them ready to go when needed. Players are very much catered to in the NHL, and some did not appreciate the people that helped make our lives so much easier.

This has nothing to do with how much money you have, how talented you are, or where you are from.

No one is above anyone else. Treating others with respect is a character trait and is not hard to do or learn. There were times during my career when a coach or a member of upper management had to tell me something that I did not want to hear, like when they told me that I was being sent to the minors. I know that it was not easy, but I always respected them for telling it to me straight. It pains me to say that this was not always the case with others during my career. This, too, drove me crazy. 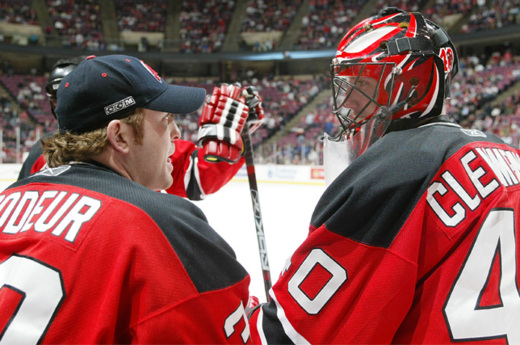 The scariest thing for me in hockey was having to answer these questions when my career was over.

The scariest thing for me in life is having to answer these same questions while lying on my deathbed.

Did I do everything I possibly could to make an impact in my loved one's lives? Did I appreciate them enough? Do they know how much they mean to me?

"I do not want to have any regrets."

There are many different paths in life, and no one path is the same as another. Regardless of what your path is or where you want it to take you, it's always going to be under construction. I would like to think that I played the hand that I was dealt as best as I possibly could and that I did the most with what I was given. I feel blessed to have had the hockey career I did, and I believe that the lessons I learned along my path had a lot to do with it.

I hope that I can say the same thing for my path in life.