There are many different strategies that a player can use on the rush. Some players will make an early move and drive the middle lane, others will stop along the half wall and wait for their team to enter the zone - but time and time again, we see players drive wide and use their body positioning to shield the puck and get in a scoring position.

In this blog we’re going to explore the Power Push, break down what goes into developing this skill, show how it is used to beat the defence while driving wide, AND give you 4 drills to work on this technique in practice.

Before we get into some video examples, let's start by defining the Power Push.

Simply put, the Power Push is a skating technique that players use to gain positioning on their opponent. By using the inside leg and upper body to lean into the defence, and the outside leg to create speed - the offensive player can shield the puck from their opponent and gain positioning in the middle of the ice.

Players at all ages and skill levels unknowingly use a similar technique in game situations every day, but when we break down the details of a successful Power Push, it’s clear that elite players execute this skill with specific points and produce consistent results.

As you can see in the 3 clips above, CAN14, STL91 and PIT87 use similar techniques to their Power Push. Specifically, these 5 details:

Although these plays may look simple in full speed, they are very specific and technical, and use skills that can be taught and developed.

Focusing on edge control, lower body strength/balance and situational awareness, I've put together 4 drills that you can use in your practices to help your players master the Power Push. All 4 drills can be found below and within the CoachThem Drill Marketplace so you can add them to your playbook!

The foundation to this skill is strong edge work, so a simple warm up of inside/outside edges is effective in getting your players to feel comfortable leaning on both sides of their skates.

An effective starting point to implement the Power Push, this drill allows for lower speed, higher rep practice under pressure from alternating sides.

Building off the last drill, we progress to a tighter spaced battle and implement more physicality and pressure on the offense to apply the Power Push. 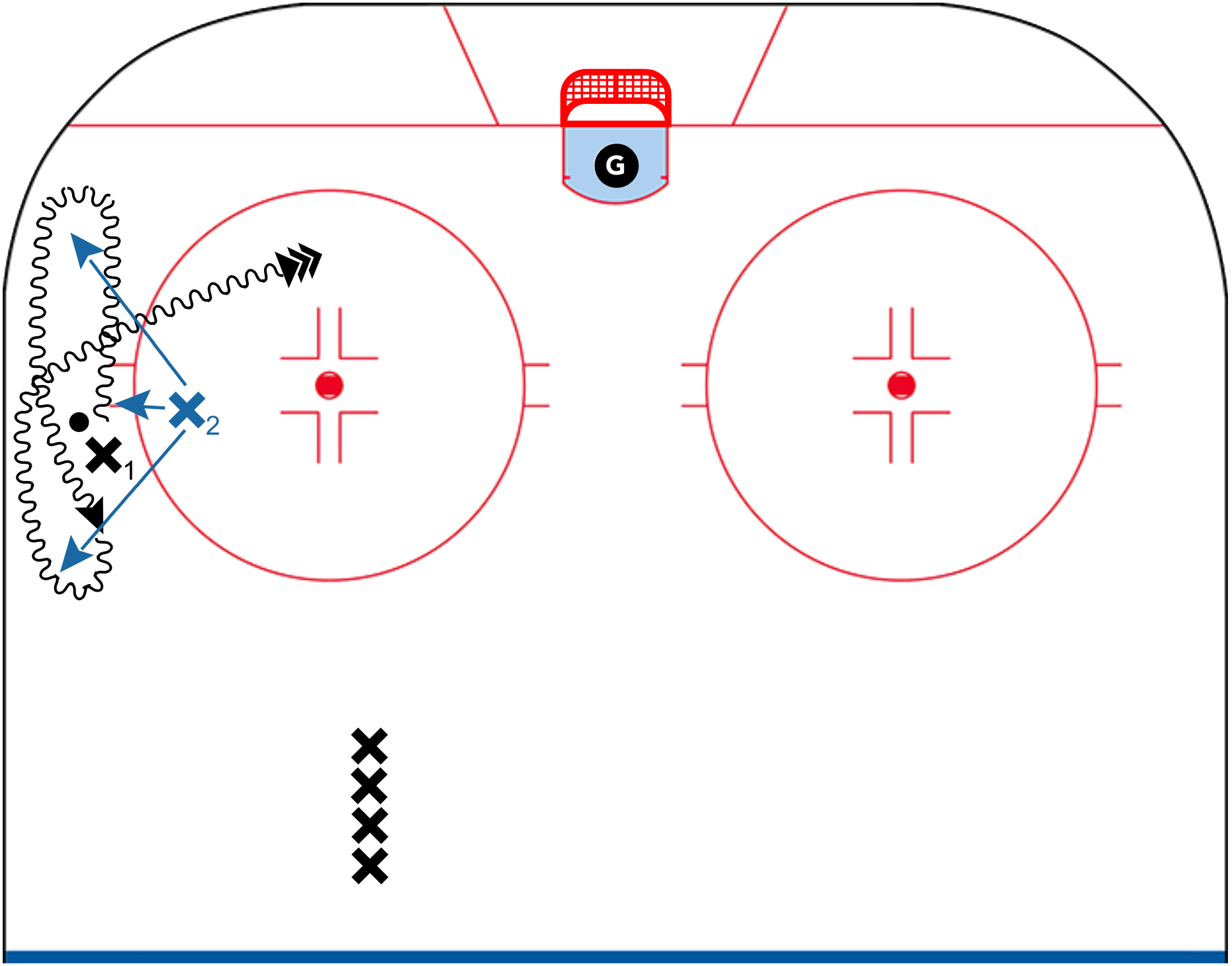 Bringing it all together, the final drill picks up the speed and replicates a rush down the ice. The coach in this drill is key, as they will vary the intensity and length of pressure on the rush.

Mitch Giguere, ChPC, is the father of four children and a passionate hockey coach, currently working as a video coach for the Torpedo Nizhny Novgorod (KHL). Previously, he worked with the Rink Hockey Academy in Winnipeg, was the video coach for the Winnipeg Ice (WHL). Mitch has his High Performance 2 from Hockey Canada and has an Advanced Coaching Diploma (NCCP4) from the Canadian Sports Institute. You can follow his popular video breakdown on Twitter @Coach_Mitch85 and follow his Facebook Page Behind The Bench for more great hockey content.

A highlight of the new additions to the CoachThem drill... Read More.